Get Deal
No more tickets left

To find you the best deals and all the ticket options.

Every price is genuine

To find you the best deals and all the ticket options.

Every price is genuine

TickX is trusted by over a million people and our team of experts vet all providers.

The prices shown include the ticket face value and any fees that the seller charges.

TickX doesn't add any fees and is completely free to use. 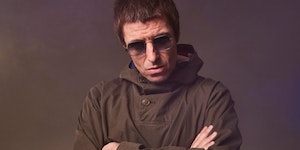 The Oasis frontman has been one of the UK’s biggest names in the music industry for over two decades. Becoming the lead singer for, rock band, Beady Eyes in 2009 and starting a solo career in 2015, Liam has had one of longest, most successful careers in modern music.

Leeds was born out of the need to provide Reading festival goers with an alternative spot to hear great music. The first Leeds Festival was held in 1999, catering to the growing demand of Reading and sharing its lineup. Today, the pair rank among the top UK festivals with a stellar catalogue of lineups to their name. Since the inception of Leeds, great acts such as Mumford & Sons, Metallica, The Libertines, Arctic Monkeys, Kings of Leon, Pearl Jam, Eminem and the Foo Fighters have taken to their stages. The lineup continues to change according to what’s popular; Eminem has headlined multiple times - in 2001, 2013 and 2017, but heavily draws on the rock, indie and alternative genres. The two festivals have become a rite of passage for music fans for the second August bank holiday weekend. It has also been responsible for placing Leeds in the ranking for the best cities for music, propelling other festivals such as Live at Leeds, Let’s Rock Leeds! And more.