From Screen to Stage: 20 celebrity actors who have graced West End theatre

Which actors have made the jump from screen to stage?

Whilst these celebrities may be well known for their work in film & TV, their performances on the stages of the West End may be little known to fans. There’s a tremendous difference between working on the silver screen and acting in real time in front of vast crowds, but each of these 20 acting stars have carried off their roles with grace and clarity. Find out who put their skills to the test in front of the masses…

We know him as Gandalf the Grey (and White) of the Lord of the Rings trilogy, as Magneto in X-Men and as perhaps one of the nicest old men in Hollywood right now, but Sir Ian McKellen found his start in theatre and it has remained a passion of his ever since. In 1965 he became a member of Laurence Olivier’s National Theatre Company, and performed with the Royal Shakespeare Company many times, taking lead roles in Macbeth and more along the way. In 2017, the actor provided the voice of the demon for The Exorcist‘s West End premiere, and starred in King Lear last year. The star is back on stage performing his special 80th anniversary tour, with select dates left. Visit TickX for more info and tickets.

Sultry, sensual, sexy – Natalie Dormer carried off the role of Vanda Jordan in David Ives’ Venus in Fur beautifully. The grace, poise and allure simply radiated off her and we wouldn’t expect anything less from the actress behind the Game of Thrones innocent-but-deadly Queen Margaery Tyrell. Of course, Dormer has appeared in a number of other huge productions recently, from The Hunger Games as filmmaker Cressida to Jamie Moriarty in Elementary and even voicing the Asari Doctor Lexi T’Perro in the video game Mass Effect: Andromeda.

Get tickets for Chicago

From legendary movies like Jerry Maguire, Pearl Harbour and Boyz in the Hood, to leading roles in popular shows like American Horror Story: Roanoke, Cuba Gooding Jr. has become a screen staple. Now, he’s made his West End debut in Chicago, the all glitz and glamour show about 1920’s murderesses, but this isn’t any old acting star on stage testing the waters. Gooding Jr. actually found his calling as a dancer, working as a breakdancer in the 80’s and accompanying Lionel Richie on stage at the closing of the Los Angeles Olympics at just 18 years old.

Has Rebel Wilson ever done things by half? No, not at all, and after starring in the critically acclaimed hit Pitch Perfect, Wilson tried her hand at live theatre with a starring role in Guys and Dolls as Miss Adelaide. For a production that has starred the likes of Frank Sinatra and Jean Simmons, there were high expectations for the Australian sensation, and she certainly crushed it.

Ken Watanabe – The King And I, London Palladium

Get tickets for The King and I

Ken Watanabe first came to prominence in his home country of Japan, branching out into western stardom with the rise of The Last Samurai, earning him his first Oscar Nomination. From there on Watanabe starred in a number of Hollywood films, from the Godzilla reboot to Memoirs of a Geisha and Batman Begins, all the while maintaining a profile on the Japanese theatre scene. He debuted on Broadway as the titular King of The King And I, and he’ll be made his London debut in the same role last Summer.

With five Golden Globes, three Emmys, two Academy Awards and a Tony, there is no doubt that Jessica Lange is one of the most impassioned and talented actresses to come out of recent decades. Her film debut in the 1976 remake of King Kong propelled the actress into global stardom and she went from strength to strenght through Tootsie, Blue Sky and most recently, American Horror Story. In between working on these productions, Lange dabbled in live theatre starring as Blanche du Bois in A Streetcar Named Desire. The star first went on stage with Alex Baldwin on Broadway and then again at the Theatre Royal Haymarket on the West End.

Model, actress, fashion designer – Sienna Miller is so insanely talented it’s hard to keep up, and her performance in Cat on a Hot Tin Roof last year was simply exceptional. Starring alongside Skins‘ Jack O’Connell, Miller was sexy, empowered and emotive, earning high expectations following her roles in films like American Sniper, The Lot City of Z and Burnt. 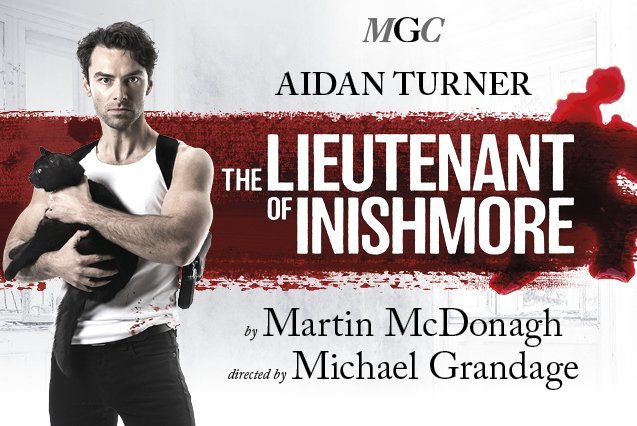 Being Human, Poldark, and of course, his supporting role in The Hobbit Trilogy, Aidan Turner has starred in some of the UK’s favourite TV and film lately, but like many others, the actor started out on stage. After graduating from the Gaiety School of Acting in Dublin, Turner made a name for himself in the theatres of Ireland and will be finally making his West End debut this year with The Lieutenant of Inishmore at the Noel Coward Theatre as Mad Padraic, a member of the IRA splinter group INLA.

Benedict Cumberbatch quickly became one of film & TV’s biggest stars (and one of the biggest memes) following his acclaimed portrayal of detective Sherlock Holmes in the BBC’s revival, Sherlock, going on to land roles in The Hobbit trilogy as Smaug, star in the MCU as Dr. Strange and become the unstoppable supervillian Khan in Star Trek Into Darkness. But, theatre has always remained at the heart of Cumberbatch’s acting repertoire having landed a number of major roles in classic plays since 2001. The star’s most notable on stage performance was perhaps as Hamlet at London‘s Barbican Centre where he earnt his third Laurence Olivier nomination.

I won’t blame you if your first reaction is “When Harry Met Sally is a play?!” because that was my reaction too. Not only will it come as a surprise that the hit film was adapted as a West End play in 2004, but it starred Buffy the Vampire Slayer and How I Met Your Mother‘s Alyson Hannigan alongside Luke Perry, known for Beverly Hills 90210 and The Fifth Element. Audiences were treated by two stars on stage in this fantastic adaptation of the Tom Hanks and Meg Ryan movie.

Alfred Molina has become prolific in the role of Mark Rothko, the paranoid American artist in Red. He’s portrayed the role innumberable times alongside the likes of Eddie Redmayne (The Theory of Everything, Fantastic Beasts and Where to Find Them) and now How to Get Away with Murder and the Harry Potter series’ Alfred Enoch. The pair have some seriously incredible film credits, with Molina having starred in Raiders of the Lost Ark as well as the iconic British classic, Red Dwarf.

There’s not many actors who have credits quite as profuse as David Tennant, both off and on the stage. He’s starred as the Doctor in Doctor Who and was a fan favourite to many, he’s portrayed the villian Barty Crouch in the Harry Potter Series and Kilgrave in Jessica Jones and has maintained an excellent portfolio of West End productions with the Royal Shakespeare Company. The star performed on stage in Hamlet, Richard II, Don Juan, Romeo And Juliet, and more, saying that theatre work is his “default way of being.” 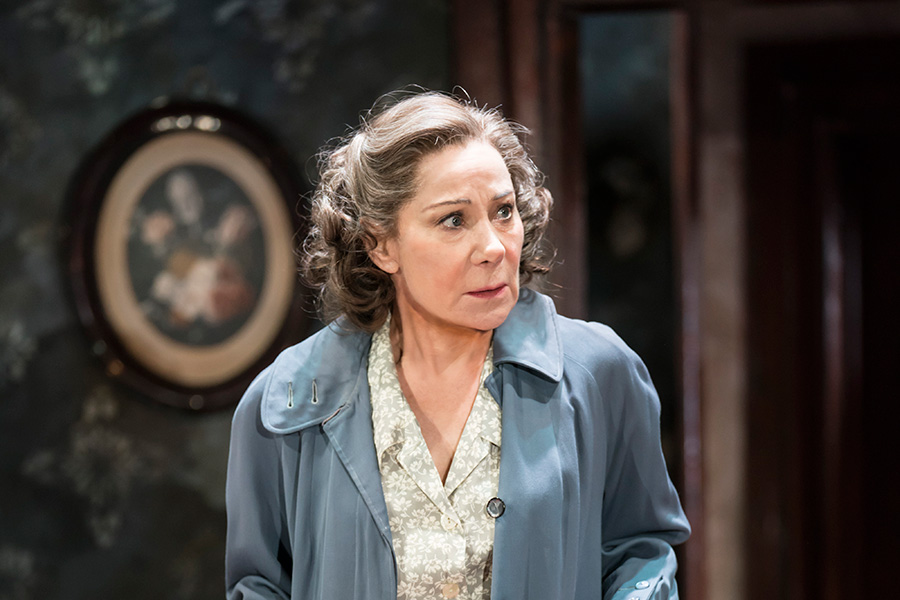 Get tickets for The Birthday Party

Whilst we might be more accustomed to seeing Zoà« Wanamaker lead broom practice at Hogwarts in the Harry Potter series, Wanamaker has also frequented the theatre. She’s starred alongside Poirot’s David Suchet in All My Sons, appeared on Broadway and opened The Birthday Party at the Lyceum Theatre in the 70’s as Lulu.

Although he may have had a turbulent career, Macaulay Culkin remains in the heart of many as the star of the much-loved Christmas classic Home Alone and after a short acting hiatus in the late 90’s he made a subtle return to acting by starring in the West End production of Madame Melville among some comparably unknown actors. Culkin portrayed the 15-year old American schoolboy in Paris, Carl, as he is seduced by his 30-year old literature teacher Claudie Melville. 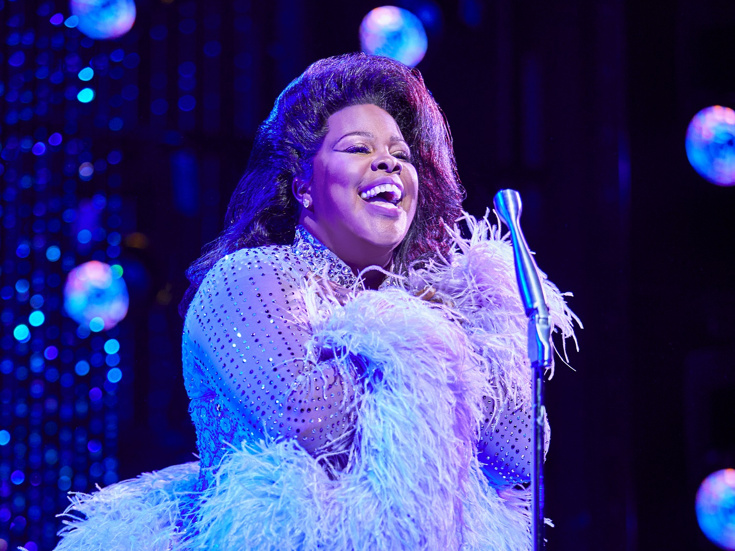 Get tickets to see Dreamgirls

It’s no surprise that Amber Riley was destined for musical theatre after starring as the vivacious Mercedes in Glee for several years, so when she took to the stage as the legendary Effie White in Dreamgirls, there wasn’t a dry eye in sight. The power behind Riley’s voice was second to none, and her delivery of the tortured Effie on the road to success blew us away.

Harry Potter superstar Daniel Radcliffe shattered his boy-next-door imagery by opting to star in the 2007 revival of Equus at just 17-years-old, garnering much attention from the media and fans alike for the potentially controversial role. For those unaware, Equus is a play loaded with themes of religion, sacrifice and sex as it tells the story of a psychiatrist presented with the case of Alan Strang, a young man with a passionate obsession with horses who oversteps his boundaries one too many times. If anything, Radcliffe’s decision to play the role of Strang – nude scene and all – was one of his best career moves yet, as it quickly dissolved any typecast of him as ‘just’ Harry Potter. 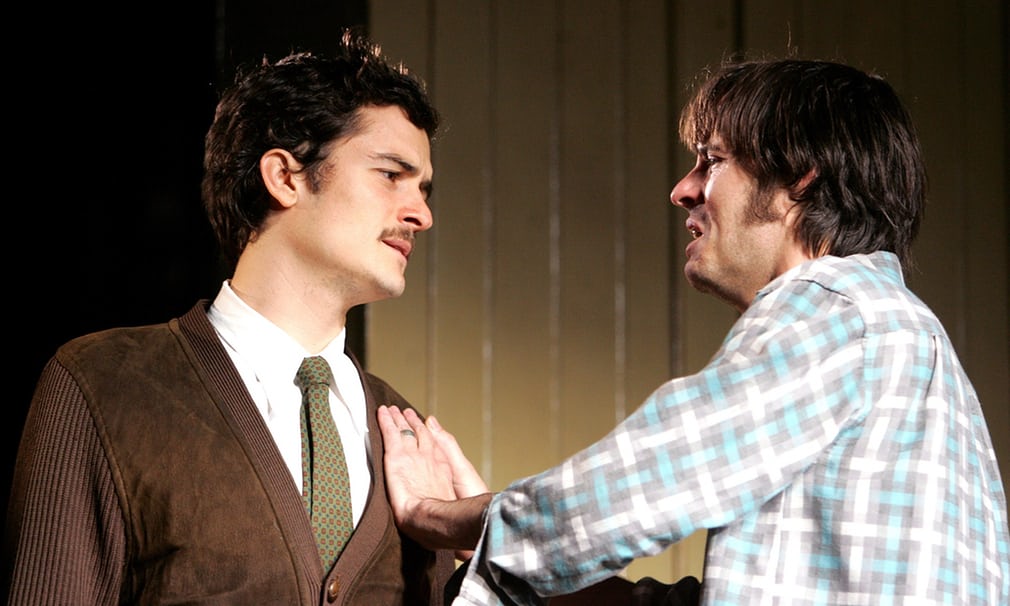 Get tickets to see Killer Joe

Orlando Bloom has starred in blockbuster after blockbuster, from the Elven warrior Legolas in The Lord of the Rings trilogy and The Hobbit trilogy, to aspiring pirate Will Turner in Pirates of the Caribbean and countless other huge films, but the young English performer has always had a penchant for the theatre. After studying drama at A-Level, Bloom joined the National Youth Theatre and earned a scholarship to train at the British American Drama Academy, going on to land roles in Casualty and Midsomer Murders before making his film debut with Wilde in 1997. In 2007, he officially made his stage debut in In Celebration, and has starred as Romeo on Broadway. Now, the Hollywood star recently went back on stage to play the cop-for-hire in Killer Joe, set for a limited run at the Trafalgar Studio, London.

In summary, if they’ve been in either the Harry Potter series or the Lord of the Rings/ Hobbit trilogies, they’re probably starring in a theatre show somewhere too (or at least it feels like it)! Find & compare all ticket sellers for Killer Joe below to get the cheapest prices available.

Reading & Leeds Festival Guide: Tickets, line-up, and everything else we know so far

The Top 20 Coolest Cinemas in the UK

The best theatre shows coming your way in 2020

Lovebox Festival 2020: Everything you need to know

The Bodyguard at Palace Theatre, Manchester: In Review

Are you overpaying for tickets?

Join TickX today and find the cheapest tickets. We’ll even notify you when your favourite artists announce new dates.